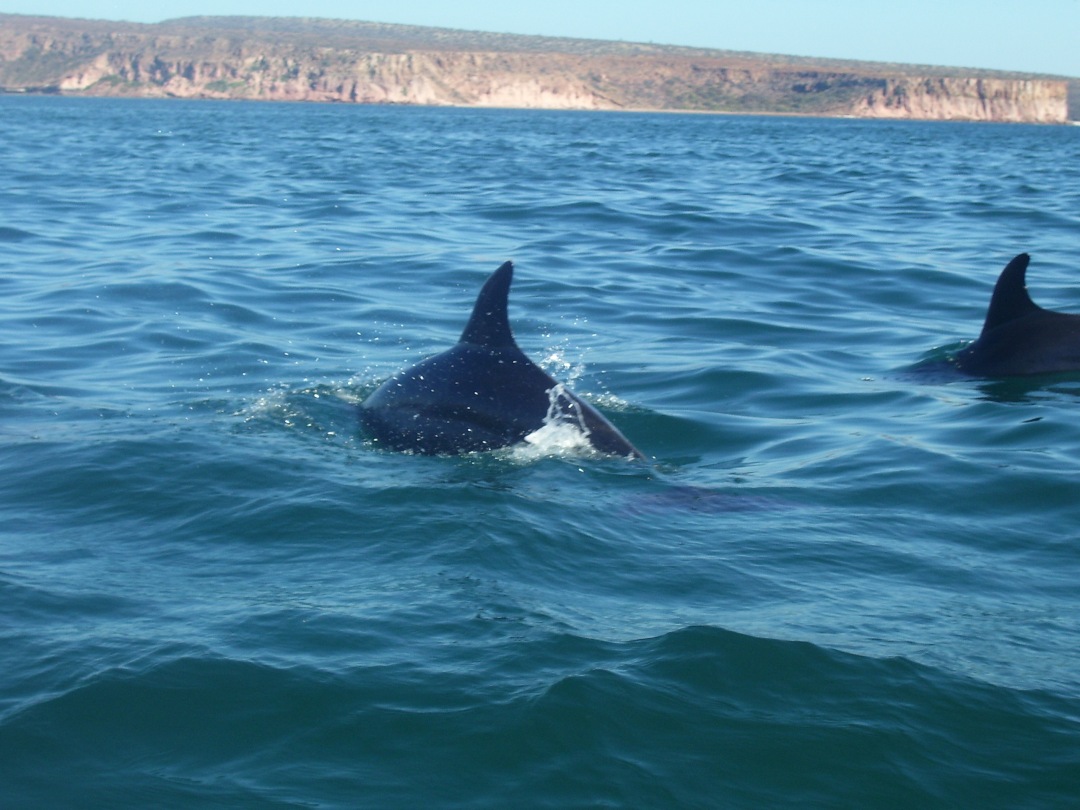 One day while I was camped on El Coyote Beach on Mexico’s Baja Peninsula, a group of us took a couple of the Zodiacs owned by my fellow campers out for a spin on the Sea of Cortez. Motoring past some of the craggy and colorful rock formations nearby, we took pictures of sea birds perched on top, and went hunting for clams in one of the shallow bays. We beached the Zodiacs and were wading through the shin-deep water when I turned around to look behind me. Three small but curious rays quickly darted away as soon as they realized they had been discovered.

Most of the clams were hiding that day, so we piled back into the Zodiacs and started heading over to Bertha’s, a casual restaurant on one of the nearby beaches that served tasty lunches and ice-cold cervazas (beer). As we were speeding along, a pod of dolphins appeared and started swimming alongside the Zodiacs. Dolphins are so fast, it’s nearly impossible to get good photos. They took turns hugging the bow of the boats, leaping in and out of the water. I could almost hear them urging us to go faster. We laughed as we watched their playful antics and smiling faces. It seemed as though we were their newest water toys, and they were having fun. So were we!

12 thoughts on “Play Time With Dolphins”

This site uses Akismet to reduce spam. Learn how your comment data is processed.